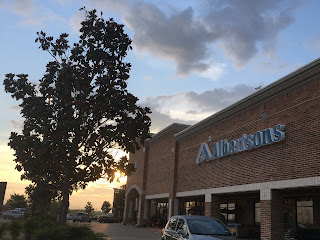 So....I had to quit the job cutting vegetables at Albertson's, because of the arthritis. even though I was only working 5 hrs a day, it was really hard on my hands, my feet and lower back. 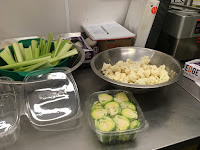 I was kind of bummed to have to quit because I liked working in the back and especially happy that I wasn't working in the bakery!! Oh my goodness! That would have been a challenge for sure! At least I could snack on healthy stuff! :)
A few months after I left, the store was closed and all the employees were spread out to other spots. I hated to see it also because it was the closest place to run in and pick up whatever you needed. 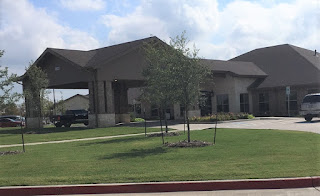 In September of 2017, I went to work on the weekends only, at Legend Oaks Rehabilitation & Healthcare facility, rightaround the corner from where I live. They didn't have anyone to do activities with the residents on Saturday and Sunday and since my other job was to drive the grandkids to school and pick them up during the week, the weekend was just what I wanted! 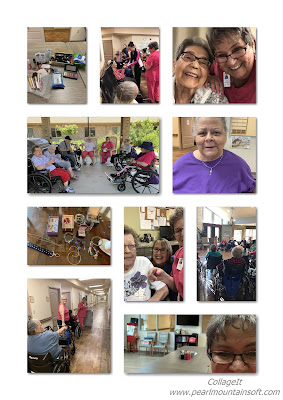 This has almost changed my life! Honestly, I have such an awareness now of what the aged are going through. I've learned about dementia and alzheimers and about trying to help the elderly live with dignity and respect. I was hired to do activities on the weekend so we had Bingo, fun exercises, Spa Day, worship services, visits from comfort dogs, and music entertainment. Here's a collage of some of my favorite times and people! 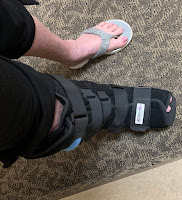 After two years of walking 2-4 miles a day at work and pushing 10-15 wheelchairs back and forth to activities or out to the patio for some fresh air and chit chat, I noticed that I was having back spasms that came from limping because of pain in my foot. I also had a burning sensation in my left elbow, so after a visit with several doctors, I found out I had a fractured toe, inflamed Achilles and plantar fasciitis on my right foot and tennis elbow on my left arm! I was off work for a month and it finally became clear to me that I wouldn't be able to return to work there because I would most surely just injure the same places.

So now I'm caught up and the latest news is that I am moving back to Michigan in mid-October and will be able to "grow up" with my youngest grandchild (for now), who is 6!

For those who have been following me on Facebook, there are plenty of posts of my kids and grandkids...like the latest of my two grandsons here in TX in 2012 and 2019. :) 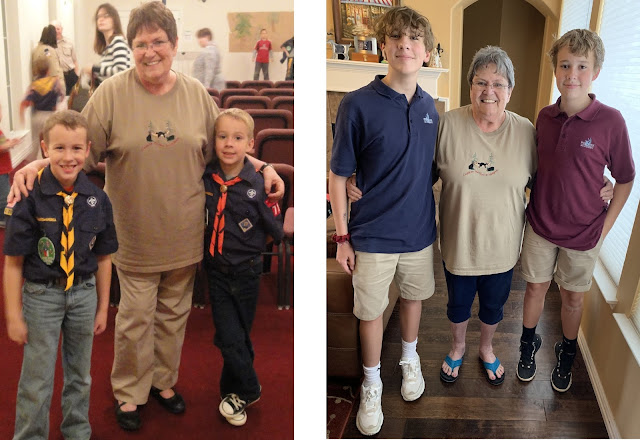 At my age now (71), it's time to find a place to settle down. I need to be near the kids and I guess I've seen what's to come in another 15-20 yrs., but I can't help but think about a cabin in the woods (with wifi, of course), wild animals strolling by and beautiful scenery to take photos of! Of course, I'll make do with what I have and enjoy being able to share with all of you!

Leave your comments below...about anything I've written or about something in your life you want to talk about. I love hearing from you! ♥

If you thought 2 years was a long time between posts....

How about 3 years? Oh my goodness...I swear it's not Alzheimers! I've learned a lot about that topic since working at a nursing home for the past two years and will be hitting on the topic seriously in the next few posts.

What has happened in the last 3 years? Well, I've gotten older for one thing! I've entered my 70's for another thing! I'm now 71 1/2 years old!! And please don't try to trick me and say I'm 71 1/2 years young. That does not make me feel younger!! LOL!  I'll tell you what makes me feel younger...working in a nursing home! Now that I've mentioned it twice, I will catch you up on all that later, but first I will go back and catch you up from where I left off in 2016 (the last post). 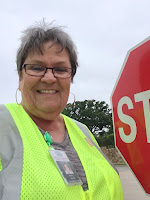 I've had 3 new jobs since I last posted and I have to say, they've all been quite interesting, part-time, but every little bit helps, right? The first one was a crossing guard at a middle school. I had the best time making the kids smile in the morning as they were trudging to school and then seeing their bounding joy as they came the other way in the afternoon! LOL! 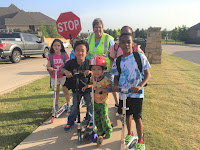 I had to give that job up at the end of the year since I would be  driving my own grandkids to totally different school, so when I said my last goodbyes, the kids gave me hugs and we took pictures to remember each other by. :) It was a joy and I would recommend this job to anyone who wants a fun job!


My next job was at Albertson's grocery store and I actually started it while I was doing the crossing guard job since I could work inbetween the school hours. I worked in the produce dept. cutting up vegetables for the "take out" section. Not exactly sure what they called it. Here's pictures to explain. The first is my uniform, next is my work station and the result. 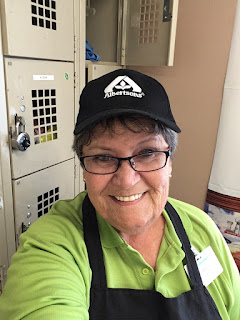 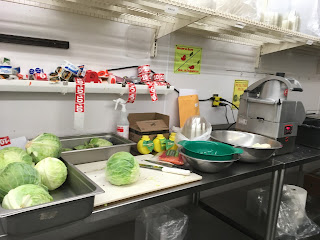 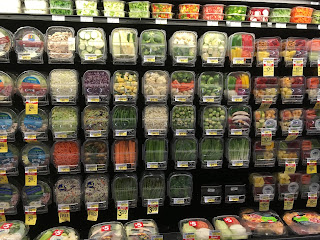 I've got to show you something else I did at Albertson's...making coleslaw! Oh my goodness! I never saw so much coleslaw in my life! LOL! Same with guacamole!!

NOTE: i was trying to post more after the picture of the guacamole, but having trouble so I will post this now and come back to it after I get some help! :) 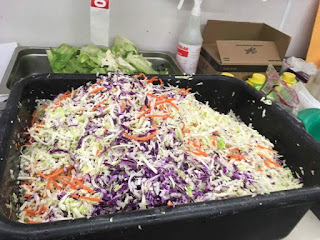 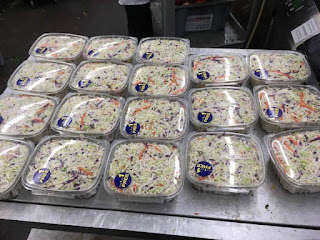 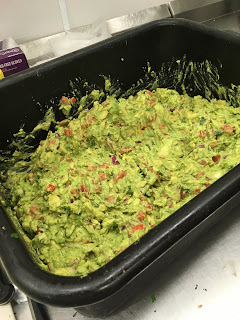