Weather and Menopause in Michigan

Or anywhere else for that matter. It's starting not to be a joke anymore! Here's my yard in May:

And here's the same yard in June:

That's some serious hail! I've got hundreds of dents on my car! (waiting for the insurance adjuster now)

We had about a week of VERY hot temps...I ran my a/c for 4 days straight and today, the last day of June....it's raining and the temperature probably won't hit 70°.

What's that mean to a menopausal woman???? PURE HEAVEN!! I love it!

Oh....by the way, I did get the petunias and a few marigolds for some color! 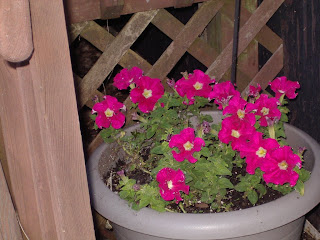 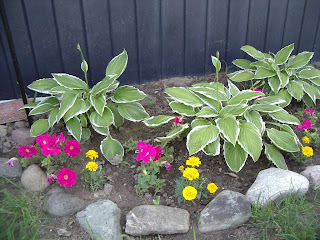 Will menopause hurt your job chances?

Women of a certain age are already having trouble finding jobs when they have to and this is not going to help, but at least it validates the fact that we aren't totally crazy!

Women about to enter menopause may not be able to learn things as well as during other stages of life, a new study said.

Researchers from UCLA studied more than 2,300 women between the ages of 42 and 52. They were given test of memory and thinking speed.

The study found that processing speed improved with repeated testing during the early stages of menopause, but that scores during late perimenopause did not show the same degree of improvement.

That is, the further they got into menopause, the less quickly they could pick up new skills.

Dr. Gail Greendale, who was involved in the study, said in a news release that the results match what 60 percent of women already said was true -- they have memory problems while starting menopause.

"The good news is that the effect of perimenopause on learning seems to be temporary. Our study found that the amount of learning improved back to premenopausal levels during the postmenopausal stage," Greendale said.

The study also found that taking estrogen or progesterone hormones before menopause helped verbal memory and processing speed. But taking them after the final menstrual period had a negative effect.

The research was published in the journal Neurology.

Let's just keep this our little secret, ok?
Posted by Dee at 3:01 PM 2 comments: Links to this post 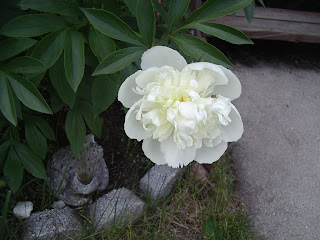 That looks like ponies, doesn't it? LOL Anyway, after being totally convinced that my peonies weren't going to bloom I've been totally enjoying them for over a week now! Thought I'd show you a few photos of them, plus some close-up shots I took of a few other flowers I have. I never could figure out why I couldn't get nice close-ups and then I read the instructions for my camera....ta da!!! :) 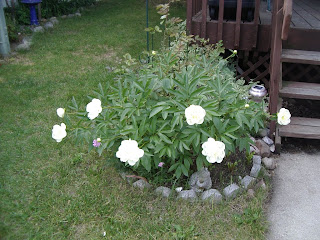 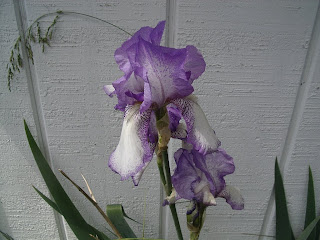 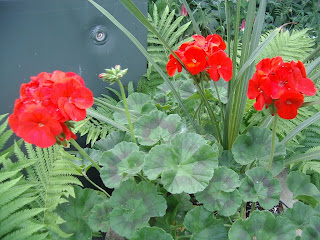 Now all I need to do is get some petunias so I'll have lots of color in my yard! 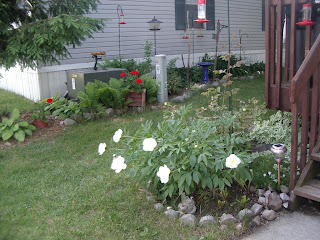 These commercials actually make me feel happy!! LOL! I guess it's good that it doesn't take much to make me happy, right?

The commercials are just SO creative! I'm doing some research to find the company responsible (the AD company...Prius is made by Toyota...which really depresses me!) I prefer to buy American...like right now I drive a Buick and it's paid for so I don't really want to take on car payments at this point!

Here's a video on how they made the commercial:


Just a moment in my day I wanted to share with you! :)
Posted by Dee at 8:20 AM No comments: Links to this post

Cool as a cucumber!

Many of you know that I am post menopausal (since 1999 no less!) and have long been over MOST of the troublesome symptoms, except for all the new ones that are AGE related now that I'm 61! We'll talk about those at another time! Right now I'm thinking of all of you who suffer with nightsweats!

I was fortunate enough to only have severe hot flashes for about 5-6 years and feel totally HOT all the time up to this day. That doesn't mean everyone will have the same experience, so don't get hysterical if you are creeping up to the point where your hot flashes may end. I'm just saying that I have to have a fan (or some kind of cool, moving air) on me at all times to feel comfortable. That means winter, spring, summer or fall I have a fan on me and especially when I'm sleeping!

There's nothing worse than breathing dry, warm, stagnant air when I'm trying to sleep. I don't care how cold it is outside (or inside), I like to have a small fan that moves the air around while I snuggle in a warm blanket. My body heats up under the blanket and even though I feel the air from the fan on my face or shoulders, my legs and feet are constantly moving to find a cool spot on the sheets. Usually, it's hopeless and I end up throwing the blankets off me or bringing my feet and legs out from under the blanket until I finally start to feel chilled and have to cover up again. As you might know, this can be exhausting!! Especially when it goes on all night!

So why am I saying "cool as a cucumber"? I've found a new product that I will be sharing with you very soon!
Posted by Dee at 2:52 PM 3 comments: Links to this post 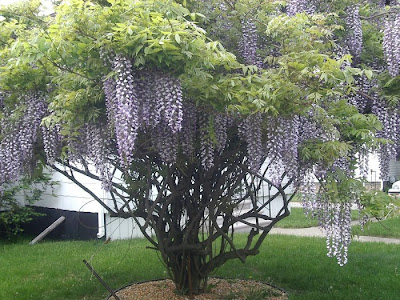 Had to share this with you. My neighbor's brother has the most beautiful wisteria in his yard! He was telling us that it took about 5 years of careful growing and training before it bloomed. If you're interested, just do a search for wisteria or growing wisteria.